SMA SOLAR INVERTERS
Head quartered in Germany SMA have been setting the pace in solar technology trends Since 1981, helping accelerate the development and uptake of solar energy.

SolarPath is an authorised SMA POWERUP partner. Why is this important?

With thousands of solar installers in NSW it can be confusing choosing the right solar installer. SolarPath is one of only 15 SMA POWERUP partners in NSW and installs the comprehensive range of single phase and three-phase smart SMA solar inverters for residential and commercial solar systems.

Aside from the high performance from reliable and efficient SMA solar inverters, SMA offers the following tools and services for SMA inverter owners: 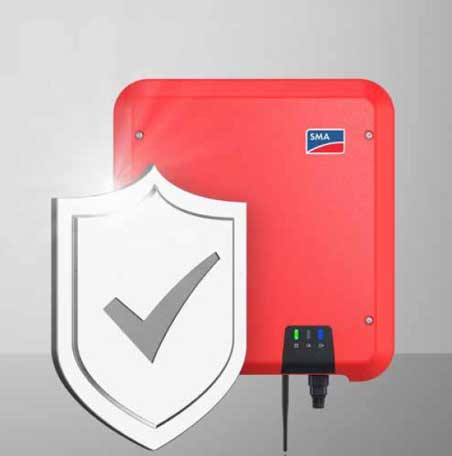 The inverter is the main component of SMA solar solutions converting the DC current produced by the solar panels into 240V AC current used in the home and compatible with the grid current.

The free SMA Smart Connected service is the free monitoring of the inverter via the SMA Sunny Portal. If there is an inverter fault, SMA proactively informs the solar system owner to ensure maximum system availability.