FRONIUS SOLAR INVERTERS
The globally established Austrian company Fronius has been a byword for safety, quality, innovation, and reliability for 70 years. Since developing its first inverter in 1995 Fronius has produced inverters with a total power output of more than 5 gigawatts – approximately equal to the output of five nuclear power stations. All Fronius solar inverters are thoroughly tested and have a manufacturer’s warranty of up to 20 years, offering you peace of mind that goes well beyond that required by law.

Fronius pay much attention at the development stage to ensure that the inverters can accommodate future requirements to keep them up to date. 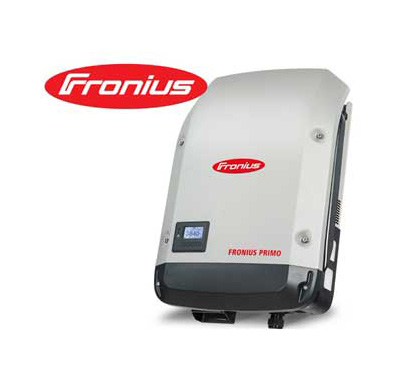 Its innovative SuperFlex Design provides maximum flexibility in system design, while the SnapINverter mounting system makes installation and maintenance easier than ever before.